Meet Inspiring Speakers and Experts at our 3000+ Global Events with over 1000+ Conferences, 1000+ Symposiums and 1000+ Workshops on Medical, Pharma, Engineering, Science, Technology and Business.

Unique Opportunity! Online visibility to the Speakers and Experts

We are honored to invite all the participants to attend the International Conference on Pediatric, Child Neurology and Psychiatry which is to be held on July 18-19, 2022 in Venice, Italy; we are truly honored to welcome all the renowned people from all over the globe.

The main aim of this international conference on Pediatric ,Child Neurology and Psychiatry is to gather all the Pediatricians, Neonatologists, Psychiatrist and Child experts, and other specialists on the same platform to exchange their ideas and knowledge between different disciplines for facilitating research and clinical interdisciplinary collaboration. It also provides a platform for academicians and practitioners from multiple disciplines to debate and deliberate on social change that is comprised of innovation and technology.

It is our great pleasure to invite you to take part in the 2nd International Conference on Pediatric, Child Neurology and Psychiatry which mainly focuses on how "A step forward in pediatric neuro and psychiatric care”

It is an International platform for exhibiting research papers about different areas of Pediatrics and current technologies used for the enhancement of child health.

Some of the other reasons are presenting a paper, networking for future collaboration, to expand your knowledge and find solutions, presenting your ideas, learn beyond your field of interest, publication, traveling, and certificates to improve your CV.

It is a branch of drug that deals with a disorder of the System Nervous, Neurology deals with the diagnosis and treatment of all categories, conditions, and diseases involving the central and peripheral nervous system including their coverings, blood vessels, and all effectors tissue such as muscles. Neurological practice relies heavily on the field of Neuroscience the scientific study of the nervous system.

Clinical Neurophysiology may be a medicine that studies the central and peripheral Nervous systems through the recording of bioelectrical activity, whether unconstrained or stimulated. It involves both types of researches relating to Pathophysiology along with clinical methods used to diagnose diseases engrossing both central and peripheral nervous systems. Examinations in the clinical Neurophysiology field are not bounded to tests conducted in a laboratory. It is thought of as an addition to Neurologic consultation. Tests that are conducted are concerned with measuring the electrical functions of the brain, spinal cord, and nerves within the limbs and muscles.

Neurosurgery, or neurological surgery, is the medical specialty concerned with the avoidance, diagnosis, surgical treatment, and rehabilitation of disorders that influence any portion of the nervous system including the cerebrovascular system, spinal cord, brain, central and peripheral, and nervous system.

The central nervous system (CNS) is that part of the nervous system comprises primarily of the brain and spinal cord. The CNS is so named because the brain amalgamates the received information and coordinates and affects the activity of all parts of the bodies of bilateral animals—i.e., all multicellular animals except sponges and jellyfish. It consists of an outsized nerve running from the anterior to the posterior, with the anterior end is enlarged into the brain. Not all animals with a central nervous system have a brain, although the massive majority does.

Spinal disease refers to a condition impairing the backbone. These include numerous diseases of the spine ("dorso-"), like kyphosis. Dorsalgia refers to back pain. Other spinal diseases include spinal muscular atrophy, spondylitis, lumbar spinal stenosis, spina bifida, spinal tumors, and osteoporosis, and cauda equina syndrome.

Neurogenetic and neuromatabolic abnormalities are disorders that affect how the brain functions. They take place in young children of all ages, races, and genders. The Neurogenetic disease is the blanket term of chronic diseases that describe the brain abnormalities that transpire following changes in the genes of the child- these give raise certain brain cells to develop and function abnormally. In the case of neuromatabolic abnormalities; these disorders result from problems in the enzymes of the body’s cells which are either unable to either use foods to produce the energy the cell needs or get obviate of the breakdown products of the foods used.

Neuropathology is that the study of disease of nervous system tissue, generally within the sort of either small surgical biopsies or whole-body autopsies. Neuropathologists usually add in a department of anatomic pathology, but work closely with the clinical disciplines of neurology, and neurosurgery, which usually depend upon neuropathology for a diagnosis. Neuropathology also relates to forensic medicine because brain disorders or brain injuries are often associated with the explanation of death.

The aim of this sector is to encourage the development of a community rather than in the practical and academic aspects of neurology education and with the ultimate objective to make sure its practitioners can offer care for those with a neurological disease. Through scholarly publications and analysis, we will define clear educational consequences and expand educational models to make sure that our graduates remain reflective life-long learners who maintain and exhibit their continued capabilities.

With an often expanding normal future, neurological disorders are reforming out to be more common in the public area. The financial and social expenses of neurological disorders to society are huge. Numerous excessive pharmaceutical organizations have turned away from Clinical traits and case reports and neurology look into. This meeting will give designates a chance to increase extra knowledgeable experiences into the approved procedures in clinical trials and also tending to the difficulties in neurology examine about and by taking a glimpse of the most recent preclinical and clinical studies.

The abnormal cell growth and sudden responses taking place from central nervous system outcome in brain tumor. Neuro-oncology is the study of brain and spinal cord neoplasms, which are unsafe and life-threatening. Astrocytoma, glioblastoma, glioma, multiform, ependymoma, Pantone glioma, and brain stem tumors are some of the examples. Surgery may in some cases be  medicinal but malignant brain cancers address restore and appear from absolution easily, especially highly hostile cases.

Neuroscience sometimes called neural science and is one of the most expertise fields of medicine in the world. This field of drug concentrates on the health of the nervous system including the brain and spinal cord. Neuroscience nurse is a nursing professional that suggests patients suffering from neurological problems like injuries such as head and spinal trauma from accidents or disorder such as encephalitis, Parkinson’s disease, multiple sclerosis, meningitis, epilepsy, and. Neuroscience nurses also effort with patients affected by strokes and birth defects that have affected the nervous system.

Psychiatry is that the restorative forte committed to the determination, avoidance, and treatment of the mental issue. This incorporates different maladaptation identified with disposition, conduct, comprehension, and observations. Introductory mental appraisal of a person ordinarily starts with the history and mental status examination. Psychology is that the science of behavior and minds which including conscious and unconscious conditions also as thought and feeling. Physical examinations and mental tests could be directed examples like neuroimaging or other neurophysiological procedures are utilized.

Track 17: Treatment and Advancement in Neuropathology

Advances in Neurology and Neuroscience used to study the molecular evolutionary, cellular, computational, structural, functional, and medical aspects of the nervous system as well as its diagnosis and treatment.

Neuro-Ophthalmology is a forte that focuses on the neurological problems related to the eye. Like we tend to all appreciate the human eye captures the visuals it sees and transmits to the brain to be resolved as pictures. There are miscellaneous parts of the brain that are engaged with precise control of eye movements. The difficulty within these regions usually produces misalignment of the eyes with resultant double vision. Current proof demonstrates that inveterately disarray sleep in children and adolescents will result in problems in psychological feature functioning. Behavioral interventions for Pediatric sleep problems. Children who have sleep disorders could usually exhibit symptoms (inattentiveness, over-activity, restlessness) almost like ADHD.

Children are exposed to social media, and the horrifying images of illness and death can overwhelm them with fear, anxiety, attachment, carelessness, and frustration. During childhood adverse events (ACEs), the body's natural stress response becomes dysregulated (toxic stress), leading to a sustained increase in cortisol and inflammatory cytokines, bringing children to later adult health. Makes it vulnerable to the negative effects of. This stress can lead to delayed cognitive development, somatic complaints, obesity, asthma, diabetes, recurrent infections, insomnia, and even premature death.

IPT is a type of treatment that uses a uniquely structured model to treat mental health problems. Based on attachment theory and communication theory, IPT aims to help people tackle current problems and improve interpersonal relationships. Interpersonal therapists provide proactive and non-judgmental treatment to help people under treatment, successfully overcome challenges and improve mental health. Some of the things that may be addressed during the course of treatment include role conflicts, interpersonal deficiencies, life transitions, relationship conflicts, sadness, and other attachment issues.

The global neuroscience market size was valued at USD 28.42 billion in 2016 and is predicted to grow at a CAGR of three .1% over the forecast period. High influencing factors, like ongoing brain mapping research and investigation projects, neuroscience-based initiatives by government bodies, and technological advances in tools and algorithms that are implemented in the neuroscience space, are expected to propel the market growth. These factors are anticipated to bolster revenue generation by spurring merchandise adoption during this market throughout the forecast year.

The presence of organizations & institutes, like NIH, Neuroscience Canada, University of Utah, Planck Florida Institute, Ontario Brain Institute, and therefore the University of Pennsylvania; within the space is predicted to majorly impact the event of the neuroscience arena.

The international pediatric market is mainly affected by the American population who contribute more towards the market due to the changes in diet and living. Europe and Asia being the second and third continents also affect the pediatrics market by a large percentage. According to the reports, pediatric healthcare market was valued at US $88 million in 2017 with CAGR of 4.5 and is expected to reach up to 5.5% by the end of 2026. The frequent rise in the disorders of children causes the demand to rise forever. The antibiotics segment is also expected to outreach the pediatric market during 2018 to 2026 Due to modern habits, every change in diet and eating habits may give rise to diseases or disorders like obesity, heart attack and other cardio vascular diseases due to which the children likely to attract more diseases. According to the WHO (world health organization), the number of obese children has reached 20 million worldwide.

We are thankful to all our wonderful Speakers, Conference Attendees, Students and Associations for making Child Neurology 2021 Conference the best ever!

International Conference on Pediatrics and Child Neurology was held on December 06, 2021 Webinar based on the theme” Advancements in the field of child neurology and heath care". Benevolent response and active participation was received from the Organizing Committee Members along with Scientists, Researchers, Students and leaders from various fields of Infectious Diseases, who made this event an outstanding success.

The conference was initiated with the Honorable presence of the Keynote forum.

The meeting reflected various sessions, in which discussions were held on the following major scientific tracks:

To Collaborate Scientific Professionals around the World

Abstracts will be provided with Digital Object Identifier by

Universal acclaim based on
8960 Ratings 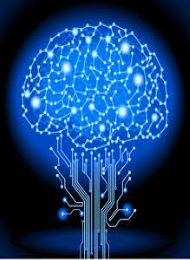 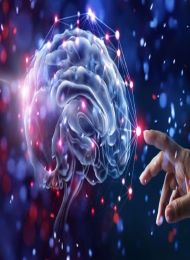